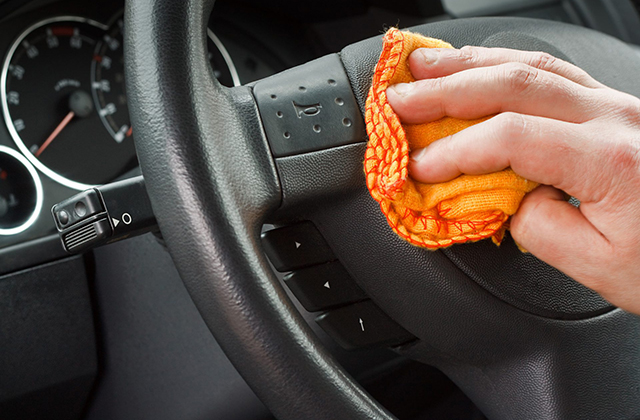 Wise consumers are not a stranger when it comes to trades in matters of the branded versus the generic. The very labels attributed to themselves speak for itself. In fact, the same logic can be seen on most things merchandise in general. While medications have such a thing as the “branded” and the “generic”; computers have the original / source and the reverse-engineered; so too hardware parts, specifically car parts as is the aftermarket, or the “spare parts,” and the original equipment manufacturer, or the OEM, for short. The idea lies not just on the word itself for the sake of naming but rather who makes which and for which reason, hence the terms and naming.

As any person who has awareness in things cars, company names such as Toyota, Subaru, Mitsubishi, Hyundai, Kia, Nissan, Kawasaki, and Honda among others should ring a bell as the Asian car manufacturers known today and are accessible worldwide. While other company names such as Volkswagen, BMW, Ferrari, Chevrolet, and Ford etc., on the other hand, should also ring as the western counterparts also widely available globally. These “names” mentioned, in the very sense of the word, are the brand itself. Being the brand themselves, these are the names that manufacture their own cars’ parts hence such part(s) bearing the same name, that is, only in essence and packaging. Car parts such as the transmission, batteries, starter / alternator, A/C compressors, air and cabin filters, wiper blades and inserts, water pump, mufflers, tires, brakes, and spark plugs bearing the name of the car manufacturer itself are some examples of an original equipment manufacturer hardware parts.

Contrary to popular belief and misconception, however, is that car manufacturers do not make the full car parts fully by themselves but rather make use of other company’s existing manufactured hardware part as part of their cars overall with respect to the car’s particular model in the same fashion as how smartphones of today are built by their corresponding manufacturers. Apple’s iPhone, while an American brand, uses parts made by companies outside of America as an example. The same can be said with cars. At least, in practice. These are called the genuine car parts and a matter not of this topic however is good to know.

Names such as ExxonMobil, DENSO, 3M, Valeo SA, Exide Technologies, among others, although relatively big companies themselves are unknown to some or even to many who is a layman to cars in general and will likely raise an eyebrow or scratch a head due to obscurity or plain anonymity if asked about them. These are the company names that make the aftermarket car products. But, given their position in the market, manufacturing of aftermarket hardware car products is a big business as do the manufacturing and selling of the cars themselves by its manufacturers, but not equally.

Given the idea between an aftermarket and an original equipment manufacturer car part, which is which and for which reason?

The more known and valued a particular brand is, it is safe to assume it to be of more “value” to the consumers it serves and provides for as is seen in its logo. But not just the mere “logo” per se, but how consumers perceived and react to its logo’s value for their needs. Brands such as Starbucks and Apple, while companies not attributed to cars themselves, are some good examples of “good” companies perceived from its logo. Coffees, while should be relatively cheap, costs more in Starbucks (for a reason) and is thus deemed more classy thanks to the name of its brand — although it’s just coffee. (It may be just me, but I haven’t in my life seen a coffee more costly than its commercial price however brewed.) Apple products, on the other hand, while may be known to be durable, cost quite a fortune but people buy them nonetheless, not solely for the mentioned quality of the products themselves but by its name as is seen on its logo. (Some people feels classy with an Apple brand in hand.) This is one way of giving value to a product with regards to its brand.

The same thing can be applied with cars and their manufacturers. As was mentioned, car manufacturers make some of their car’s parts hence bearing their corresponding company names on it (in essence and packaging). Given that is the case, it is not surprising to see that such a car part’s price be affected by its logo that it carries, that is, its company name. The more “valued” and known a particular company name is, expect its product to carry its weight for its consumers — price. Original equipment manufacturer car parts are more costly than its alternative aftermarket car parts due to this reason.

Aftermarket car parts manufacturers, while may be relatively unknown for some, are an alternative or secondary market for consumers who prefer a more affordable hardware parts for their cars. Partly, in reason of being the “generic” side of car parts manufacturing. While may also be known by some or many, the name does not carry the weight in value as its “branded” counterparts – at least, not to the same extent — hence these car parts are cheaper and are more affordable for consumers who need them.

Being an original equipment manufacturer car part does not always guarantee a higher quality than its aftermarket competitors, however. At least, that’s not the case. Sometimes, it is the contrary as per accounted by some reviews, however surprising as it may seem. Original equipment manufacturer car parts, however, come in with warranties effective for a year or within the first 3 to 4 years in cases of issues with them.

Prepare to be overwhelmed. Aftermarket car parts offer a vast selection for your car parts needs. With the many names of aftermarket car part brands out there, each has its own offered quality which may or may not be better than the one you are replacing. However this is strictly speaking of quantities to choose from.

It is without a doubt a competition for business among companies a manufacturing of car parts is. But as any wise consumer, it pays to check which purchase is a value to his or her hard-earned cash. Given the stated facts above, it is without a doubt a good choice for any wise consumers out there to put a value on their purchase by going for an aftermarket product, but not just any aftermarket product – go for the aftermarket brand that offers an equal to or greater quality than the one you’re replacing – although this may relatively require some research or asking. After all, who does not like a cheaper alternative yet produces the same result on our cars’ needs.

Jermaine D. Delos Santos is a freelance writer by work. He likes to write based on his experiences and insights in addition to the internet as his source. If not writing for work, he writes out of hobby and passion.

Aside from writing, he is a computer enthusiast in both hardware and software level and is knowledgeable on these fields, given computer as his educational background. Having some experience in computer programming, he is an aspiring advanced programmer of Visual Basic, Java, and PHP.

You can view his profile on his LinkedIn account and you can contact him via Skype using his full name.